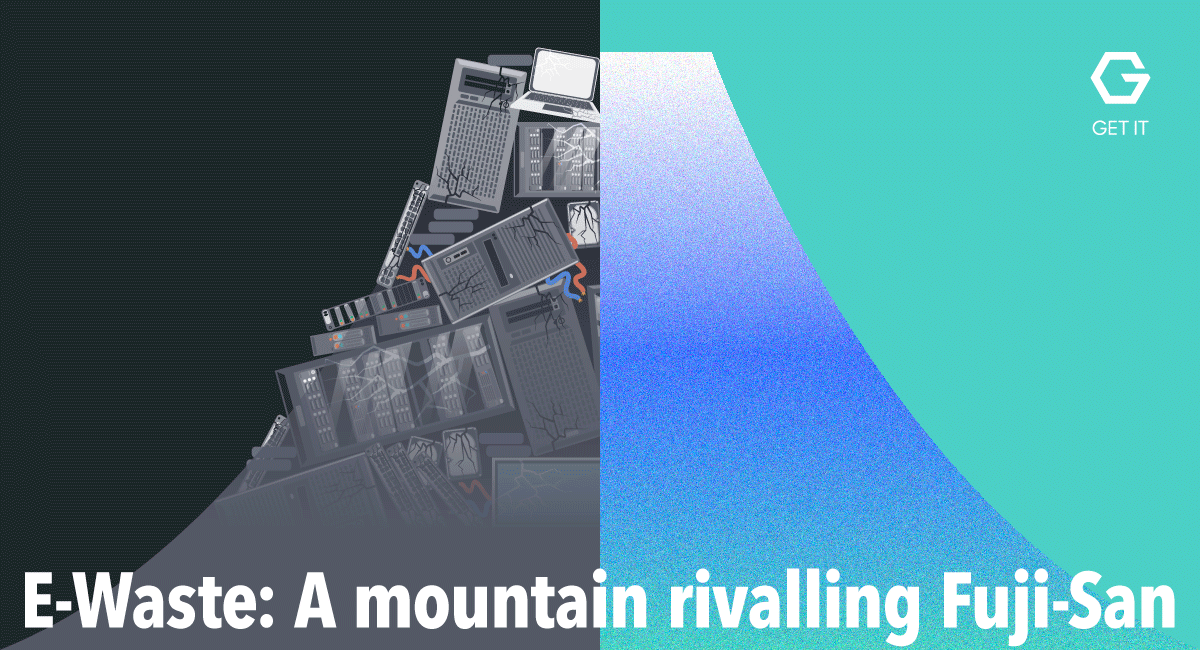 Every few weeks, there is an elevation in the quality of cameras in mobile devices, the sound of music it can produce is clearer, the way in which it can intuit our next possible requirements, and the colors we are able to perceive on the screen become brighter. While upgrading the technology around us, we don’t usually spare a second thought to what happens to the products we no longer deem useful enough to keep. The cycle of acquiring the most advanced technology, however, comes with a hidden price tag, one we often overlook. It is the cost of the environment at the hands of obsolete tech or e-waste.

E-waste is the term used to define any electronic equipment that has been discarded. This includes not only the obsolete items but also working or broken materials that have been thrown away. The term e-waste encompasses a multitude of items such as home appliances (microwaves, heaters), home entertainment devices (TVs, Video Game systems, printers), communication devices (mobile phones, laptops, hard drives), medical equipment (defibrillators, dialysis machines) and office equipment (Wi-Fi dongles, network hardware like servers and hubs).

The environmental cost of the technological advancement

In 2019, around 53.6 million metric tons (1 metric tonne equals 1000 kg) of obsolete electronic waste were generated worldwide, according to the Global E-waste Monitor, a collaborative work of the Global E-waste Statistics Partnership. This was a 21% increase from the previous year. By the year 2030, it is predicted that the e-waste produced will amount to 74 million metric tons. In contrast, a mere 20% of this e-waste is able to be recycled in a year. 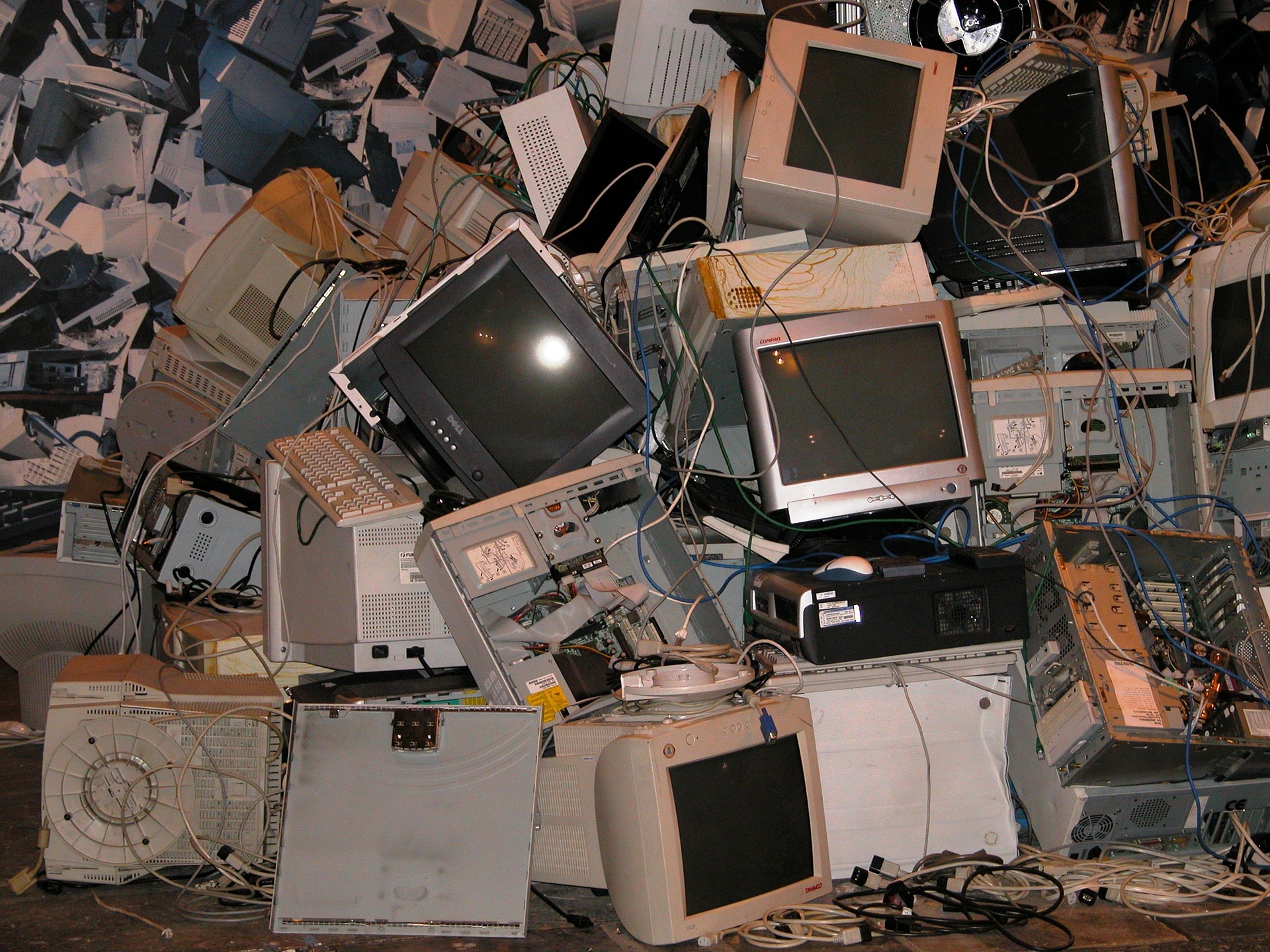 A significant example from history is Teshima island or “Gomi-Island” as it used to be called by locals. Industrial waste treatment companies illegally dumped approximately 620,000 m3 of industrial waste on the Island. The waste contained hazardous substances, including heavy metals which caused major damage to the soil and underground water.

Even though the amount of waste generated in Japan has stopped increasing since the 90s, it has remained high and this is what we need to deal with as the cost of our economic activities. 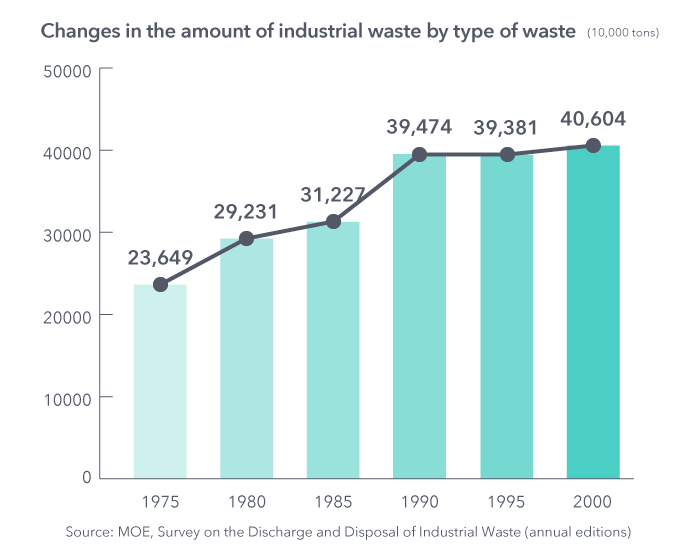 Global initiatives to reduce the E-waste

So, re-use is the keyword. Funded by the Irish Environmental Protection Agency (EPA), the Re-evaluate project has been launched to examine methods of how the re-use of e-waste can become a mainstream activity in Ireland.

The EPA has adopted the concept of waste hierarchy in their e-waste management model as shown in the below graph. The model prioritizes the prevention of producing E-waste over other countermeasures such as recycling. According to the EPA, generation of E-waste is the transformation of the product status as a specific functional device that was initially designed for a certain use to the waste status which includes recycling it as raw material or for energy generation. 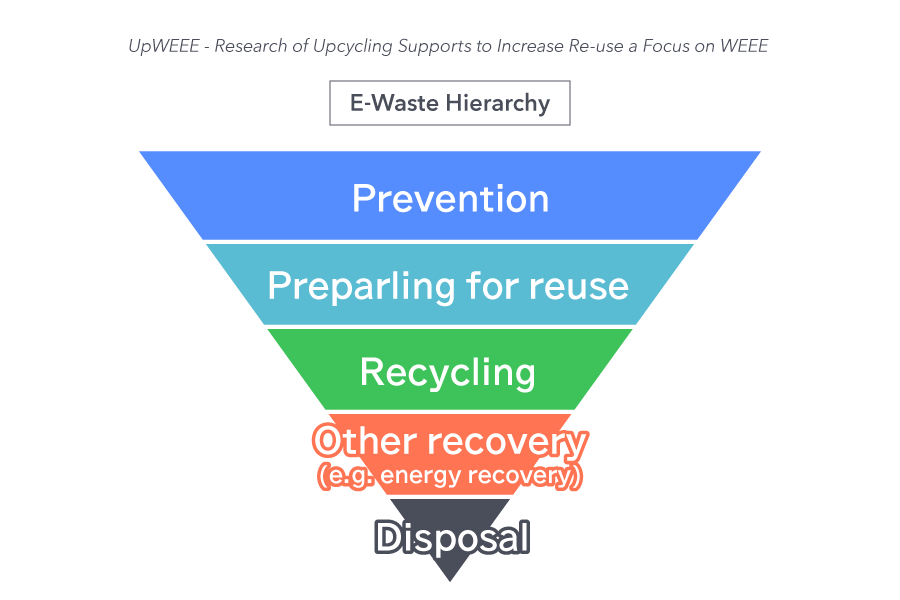 As the above diagram shows, prevention including reuse comes on the top of the inverted pyramid as a top priority while the device is in the product phase and then comes the stage of “preparation for reuse” that may include an extra process of repair and refurbishment to extend the usage of the device, and then comes the recycling as a third option. You might wonder why recycling seems to be less favored in the EPA model, the answer will be that not all the raw materials are recyclable and they will just stay in the environment for decades before they degrade.

Sustainable computing® and green IT

At GET-IT we believe that IT devices deserve to be given another life to help users to cope up with technological advancement without compromising the right for the future generation of a clean environment and access to natural resources.

Ultimately, our vision about sustainable computing is to be able to support current users to keep using the devices for a longer time rather than quick disposal, and even after replacement makes them usable again for the next users. 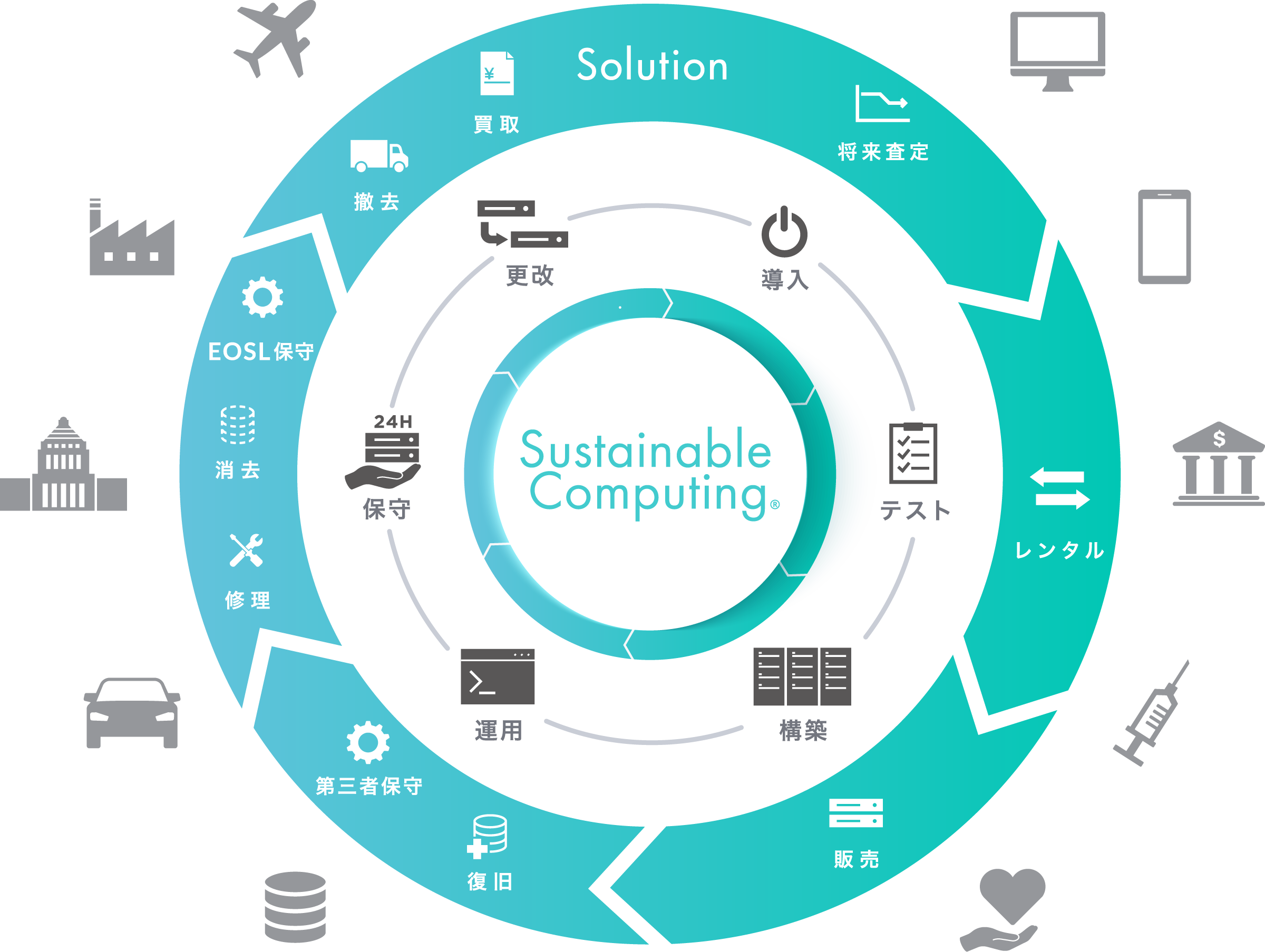 In order to do that, we are offering our partners a set of green IT services such as maintenance and ITAD services as shown in the previous graph which enables them to keep sustainable IT operations and lightens the burden on the environment.

Since our core strength is in the IT industry, we believe that we can make the change in this field by reducing the E-waste on the planet, but we also believe that we can’t do that alone without spreading the awareness of the value of reusing IT devices. It’s a big step towards preserving the environment and pushing the cycle of sustainable development forward. We have been trusted by our business partners who are sharing the same values of preserving the environment.

Together with our partners, we support the economy to handle our owned IT devices to make sure that data is securely sanitized and get them ready to serve another lifetime with the next user. Last year we succeeded in sharing our vision with more than 50 companies and helped them to change their E-waste management system to an Eco-friendly one. By doing that we are not only adding value to both our business partners and customers but also saving the environment by reducing another device to be produced and disposed of as E-waste. We are transforming “consumption” into “regeneration of value”.
This is what a circular economy really means to us. Faith (and action!) will move mountains even if they’re as high as Fuji-san.